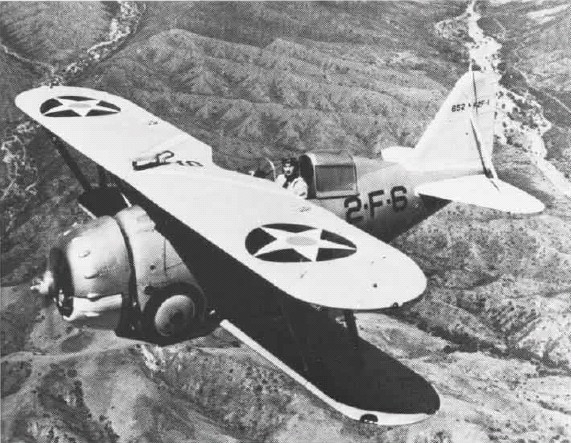 The Grumman F2F was a single-engine biplane with the added bump of retractable undercarriage. Designed for both carrier- and land-based operations, it served as the standard fighter for the US Navy between 1936 and 1940.

The F2F was mainly used by the US Navy, with a couple of variations assigned to the Marine Corps. One of its main features was the addition of watertight compartments to reduce weight and improve survivability in the event of a water landing