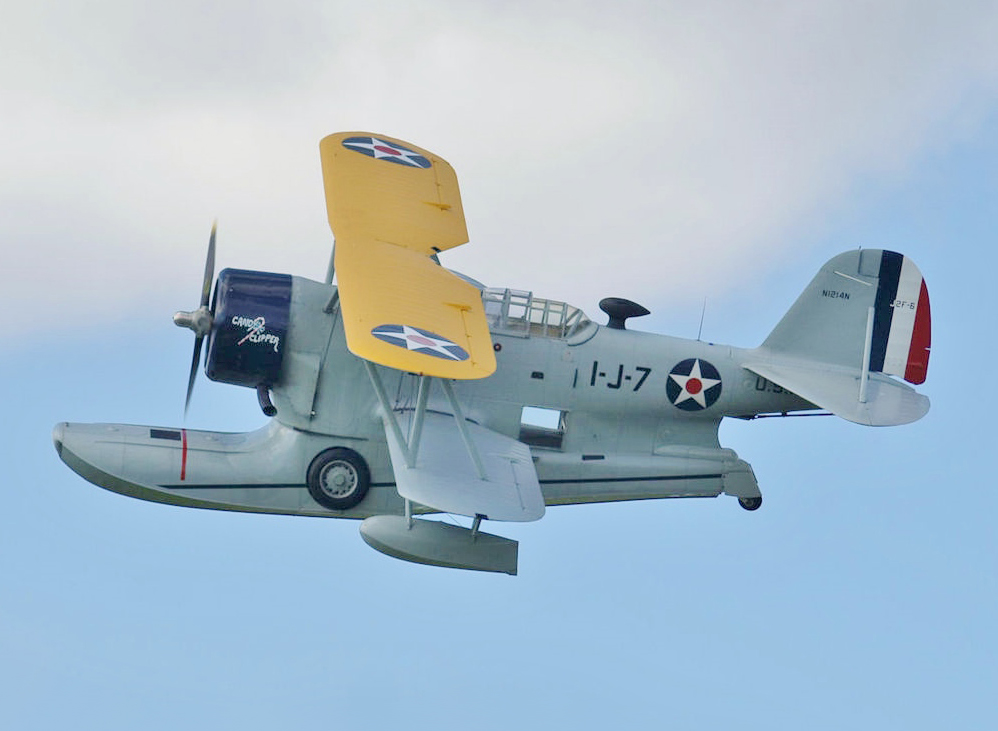 The Grumman J2F Duck, and its predecessor the JF Duck, was a single-engine amphibious biplane, used by the US armed forces for utility and air-sea rescues in the 1930’s and 40’s.

The Duck’s main pontoon was part of the fuselage, almost making it a flying boat, although it appears more like a standard aircraft with an added float.

The J2F had a maximum speed of 190mph, and a ceiling of around 20,000 feet. It had a crew of two and could carry an additional two passengers. The rear cockpit held a Browning .30 cal machine gun, and the Duck had a payload of 650lbs of bombs or depth charges.

Variants were flown by the all branches of the US armed forces, Argentine Naval Aviation, the Colombian Navy, the Mexican Navy, and the Peruvian Navy.