Colt kept up a steady pace with long strides as she made her way out of the subdivision. It was a nice sunny Saturday afternoon, and there were plenty of people out walking, some with dogs, some with children. She stepped past hopscotch courses drawn on the sidewalk in pastel chalks. The occasional vehicle drove by, but there were generally more bikes to be seen. A teenager was sitting on his front stoop, operating the controller to a small drone. All in all, it made for a peaceful idyllic atmosphere. She remembered Saturday afternoons like this. But she also remembered what happened on Saturday nights behind the closed doors of those picture perfect American homes.

She had almost reached the main road out of the subdivision when a car pulled to a stop beside her. It was a midsize SUV, tan in color, a few years old. She figured it was still under warranty, and when that was up, it would be traded in for a newer model. Madeline was behind the wheel and she buzzed the window down and called across Louisa who was sitting in the front seat.“If you’re going to Adelaide, I can give you a lift.”

Colt paused, not wanting to intrude on this poor woman any longer than she already had. “I can take the bus.”

Madeline waved her hand to beckon her over. “Don’t be foolish, the bus would take forever. Hop in. Louisa, get in the back with the boys.”

There was general groaning from the children at this. Ziah’s friend was still with them, and all three had to cram into the back row together. Not that it was truly any sort of discomfort for them. None of them were big enough to fill the seats, but as always, it was the principle of the matter. Sharing footspace with a sibling was high on the list of Terrible Torture. But they were well mannered children who had been taught how to behave so once Colt was in the car and all the seat belts had been figured out, they were quiet.

“You didn’t want to leave with your friend?” Madeline asked, clearly desperate to start a conversation. Colt wasn’t sure it was a good one, if she didn’t want the children to know what was going on, and they were most definitely listening in.

“He wanted to stay and see if anyone showed up. I didn’t.”

“You have something better to do?” Her voice was faintly accusatory while still trying to remain cheerful and casual for the children.

“You were right, my friend in Adelaide deserves a visit,” Colt replied.

“Isaiah! That’s a very rude thing to say to our guest,” Madeline reproved.

“But Mom, she said she was a pilot but I know she’s wrong.”

Madeline opened her mouth to scold him again, but Colt spoke up. “No, it’s okay. Let him ask his questions.”

“Is this why you wanted to bring that airplane book?”

“Yup, I wanted to read it so I’d be prepared if we ever saw her again, but I can prove it now.” One thing was to be said for little Isaiah, he was a confident person.

“Now, what kind of plane did you claim to be able to fly?” he asked, a large glossy book of aircraft balance on his knees.

“I didn’t, actually, but I flew F/A-18 Super Hornets,” Colt told him. She was pretty sure she knew what his first argument was going to be but she did her best to not smile.

With great ceremony, the little boy opened the book, laying it across his bony knees and those of his companions. His friend leaned in, interested, but Louisa sat with her fist and head against the car door.

“Aha,” exclaimed Ziah. “Right here, it says that the Super Hornet is a single seater aircraft. But you said that you pressed the ejection seat button to kick that man out of your airplane. Liar!” He jabbed the page with a grubby finger to emphasize his point.

Colt tried to hide her smirk. “You’re right, Isaiah. But only partly. The F/A-18 Models A and C are single seaters. However, the F model has both a pilot and a naval flight officer.”

The little boy scanned the page in front of him, his mouth moving as he read the words. Louisa rolled her eyes and stabbed the page, showing her little brother where to find the information. He deflated a little bit after he read it.

“Well, you’re still wrong about the ejection seat. There’s no big red button to kick your friend out of your airplane.” He was studying an image of the inside of the cockpit. It was suitably blurry for security reasons but it was still obvious that there was no big red button.

“Nope, only cars in cartoons get those,” Colt told him. “The ejection handle is located right under your seat, between your legs.”

The children all looked down as if handles would suddenly appear in their mother’s perfectly safe, grounded SUV.

“You’ve got to yank on it pretty hard to get it to release.”

“So you still lied about ejecting that man out of your plane.” He was determined to catch her on something.

“Only in terms of degree. He had to pull his own handle, but as I was the pilot, it was my fault we had to eject at all. So in a way, I did eject him.”

Ziah took a moment to ponder that. “I still think you weren’t a pilot.”

“Can you be convinced, short of seeing me fly?”

“Do you have any pictures of you flying?”

“Wait, if she can fly them, she’s got to know everything about them.” His friend pointed to the book. “We can ask her questions and see if she gets them right!”

“Yeah!” Isaiah bounced in his seat, excited once again to set about proving her wrong. “Okay, what’s the maximum cruising speed for the Super Hornet?”

Colt told him, shaving ten percent off what she knew to be the actual number, knowing the Pentagon would not release that information. She was off by 5 nautical miles per hour, and Isaiah was gleeful. He kept asking questions, and she got most of them right, although she personally knew that the book was wrong.

Soon, all three of the children were taking turns asking her questions, not just about the Super Hornet but about all the other planes in the book. By the time Madeline pulled up in front of the facility, Isaiah was convinced that she knew an awful lot about airplanes for being a girl so that probably meant she actually knew how to fly. Colt thanked Madeline for the ride and waved to the children, making sure to tell Louisa to learn to fly if she wanted to. Isaiah, she decided, would make a great lawyer.

If you enjoyed this cut scene and want to say thank you, please consider leaving an honest review of my books on your favorite platform. Reviews are a huge boost to my career and help other readers find my work.
​
Happy Reading!
Arleigh

My Amazon Page
My Goodreads Page 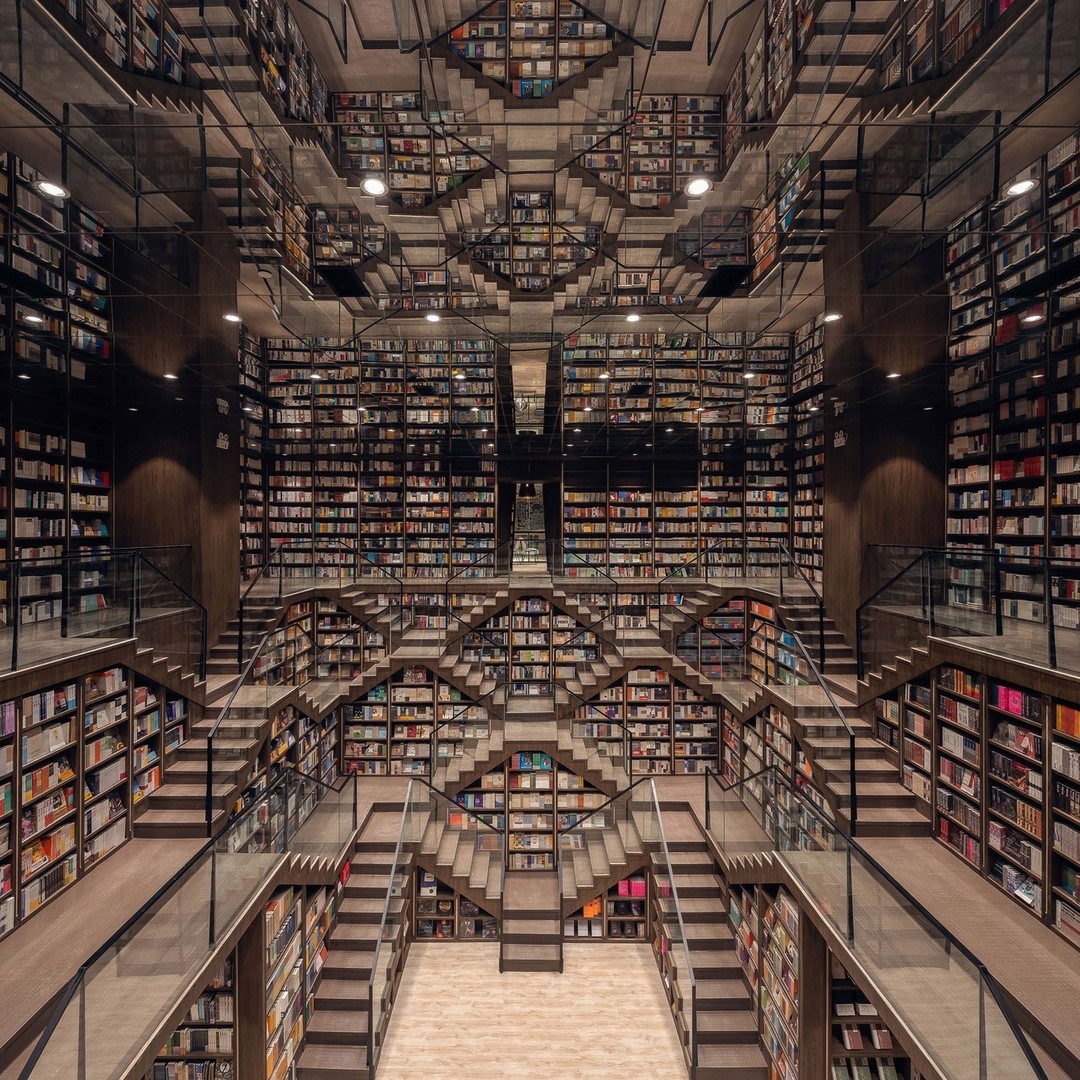 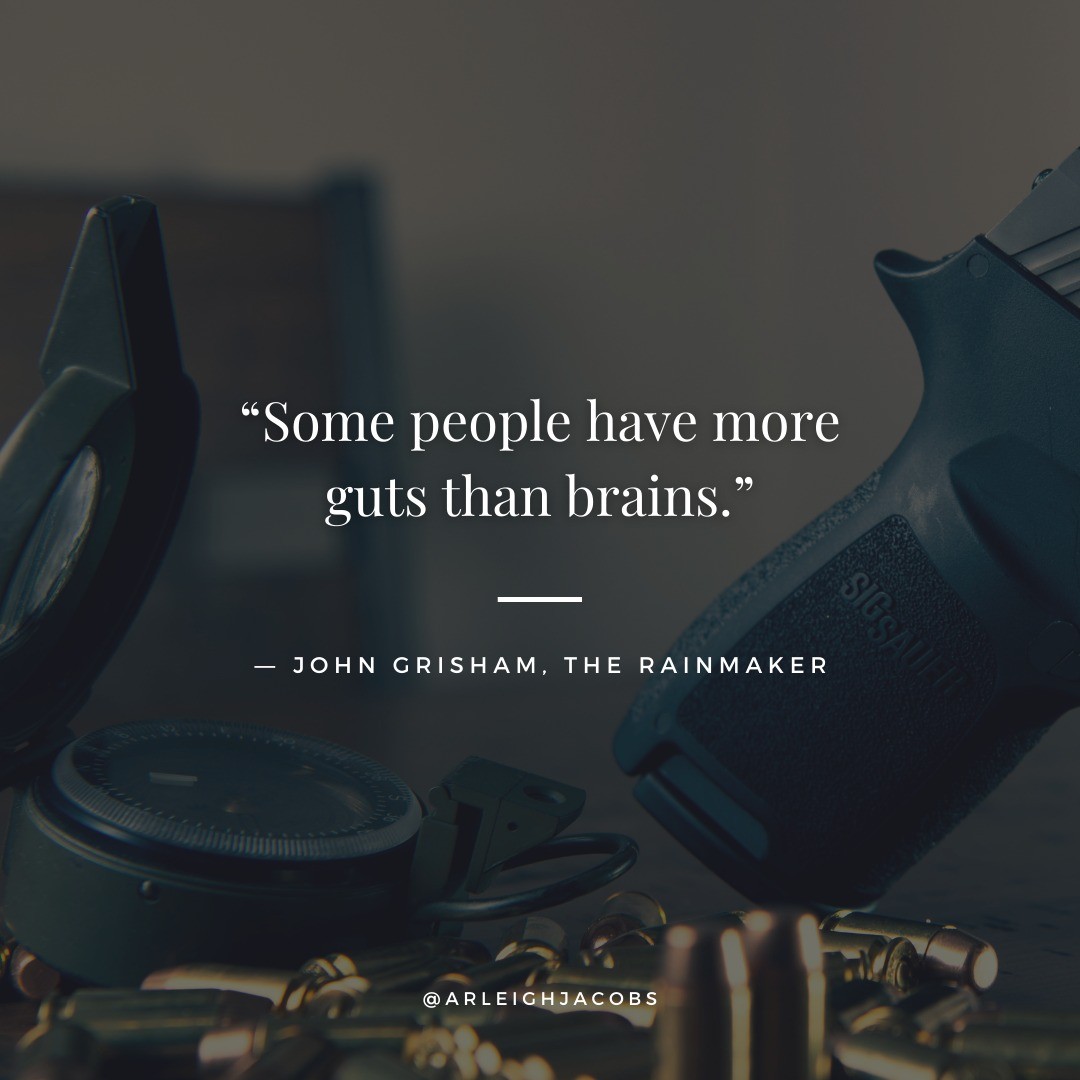 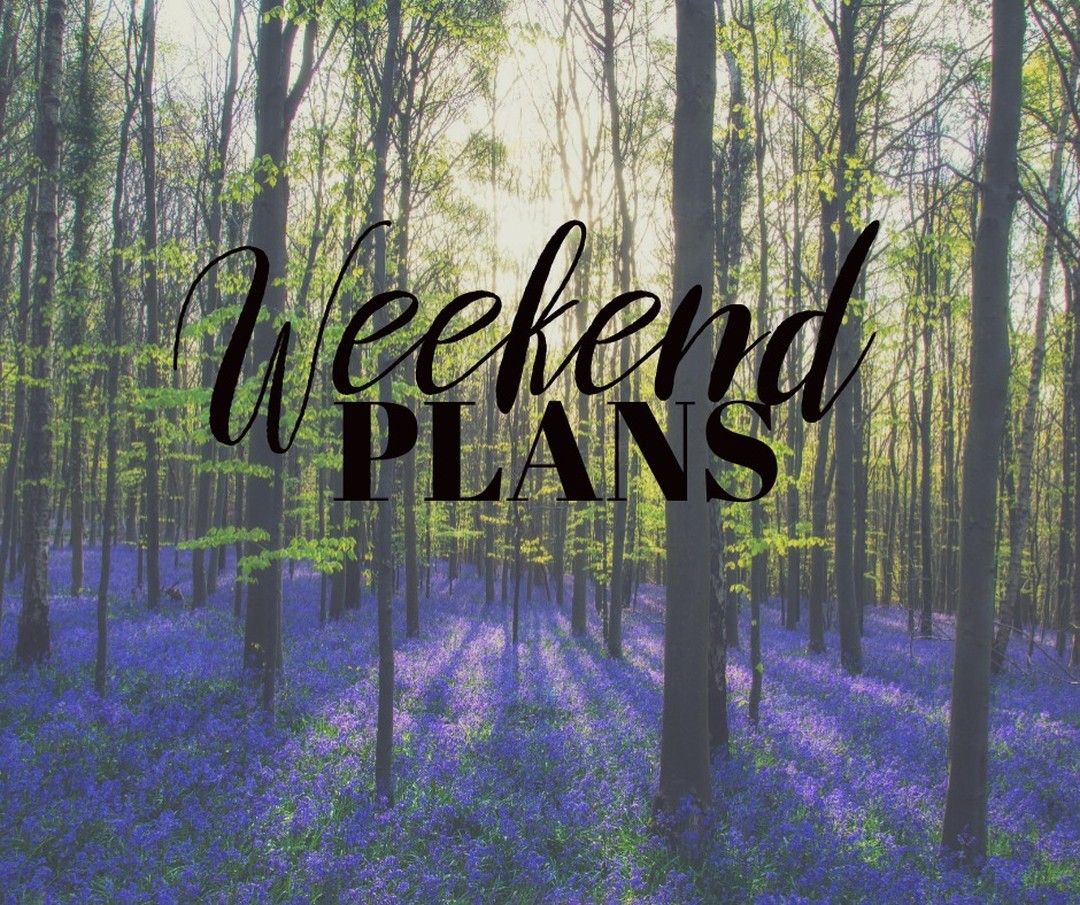 arleighjacobs
•
Follow
So glad it’s finally Saturday! Are you catching up on any reading this weekend, or do you have other fun plans? Let me know in the comments (and if you’re reading, drop a book recommendation, too)! #Plans #WeekendPlans #NothingButReading #ReadingDay #CurrentRead #CurrentReads #BookLover #Bookstagram #TBR
View on Instagram |
6/9 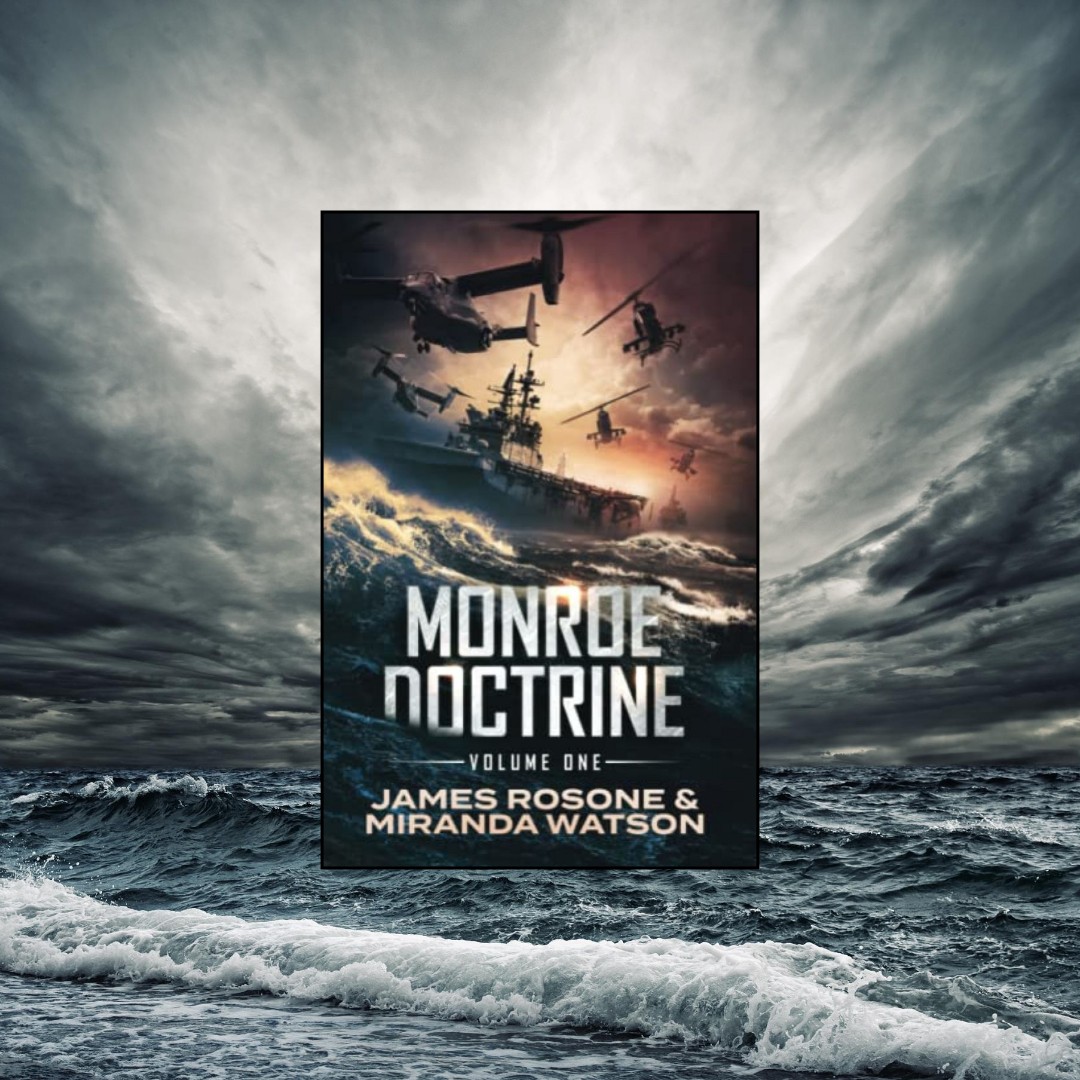 arleighjacobs
•
Follow
This week’s featured novel is Volume One of the Monroe Doctrine, a military thriller by @rosonewatson. Find the book now at select retailers! It was called Jade Dragon… …and it threatened to destroy the West. Was an attack on the U.S. imminent? In a lab deep in the heart of China, a brilliant engineer had a breakthrough. It was the most powerful AI ever created. Ma Young believed the Jade Dragon could solve the world’s most dire challenges. There was just one problem… The president of China had other ideas. Was this their chance to conquer? The war began at the speed of light. The entire NATO alliance stood on the brink of destruction. Cyber-attacks, deepfakes, and a wave of social media disinformation wrought fear and desperation across the globe. The sleeping giant was awake. Could Ma stop his creation? #monroedoctrine #monroedoctrinevolumeone #militarythriller #jamesrosone #mirandawatson #rosoneandwatson #authorsofinstagram #authorsofinsta #authorsofig #thrillers #thrillerreads #thrillerbooks #goodvsevil #fiction #bookstagram #thrillerbooksofinstagram #thrillerbooksofinsta
View on Instagram |
7/9 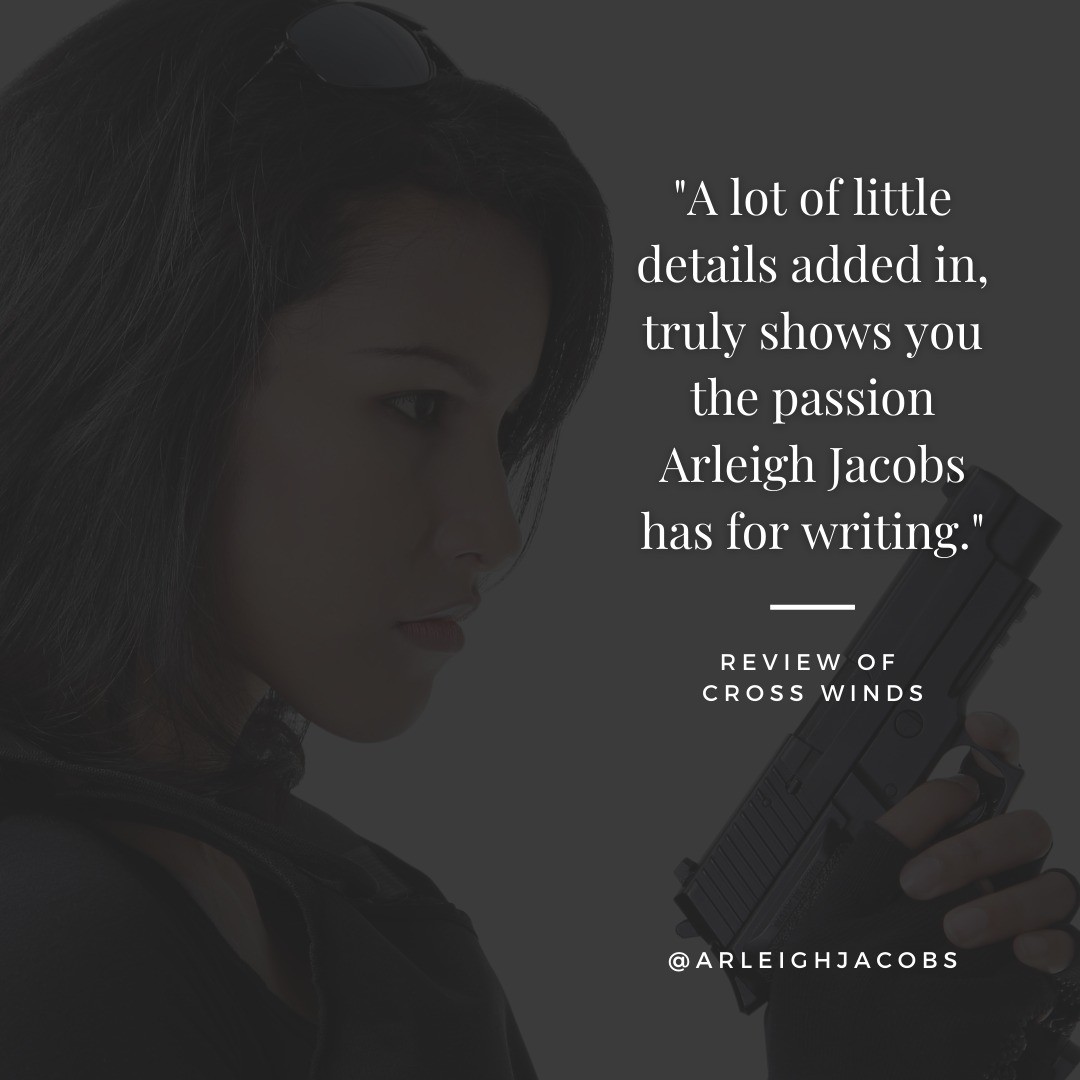 arleighjacobs
•
Follow
"A lot of little details added in, truly shows you the passion Arleigh Jacobs has for writing." Reading reviews like this warms my heart. 💙 If you’d like an easy way to help show some love to me or any of your other favorite indie authors, consider leaving a review. They’re free, and they’re a tremendous help in getting our books out there for others to discover and enjoy. #fivestar #bookreview #bookreviews #crosswinds #thrillerbooks #thrillers #thrillerreads #thrillerbooklover #thrillerbooksofinstagram #womenwhowrite #bookstagram #femaleaviator #arleighjacobs #authorsofinstagram #authorsofig #authorsofinsta #teamcolt
View on Instagram |
8/9 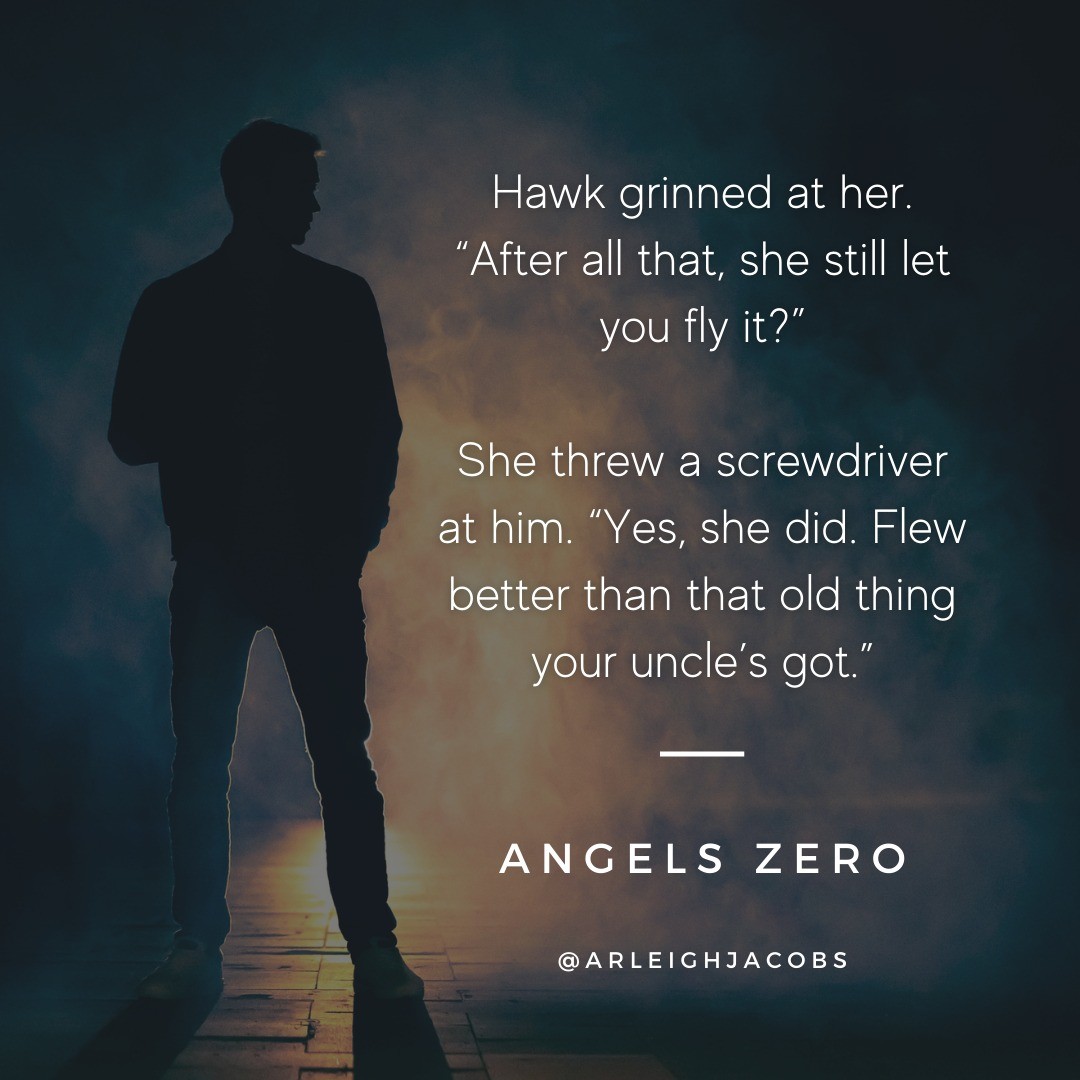 arleighjacobs
•
Follow
Hawk grinned at her. "After all that, she still let you fly it?" She threw a screwdriver at him. "Yes, she did. Flew better than that old thing your uncle's got." I love the friendship between Colt and Hawk! #teamcolt #arleighjacobs #thrillers #thrillerreads #thrillerbooks #booklover #thrillerbooklover #femaleaviator #bookstagram #sneakpeeks #sneakpeek #bookquote #literaryquotes #bookquotes #womenwhowrite #angelszero #thrillerbooksofinstagram #quotes #BookExcerpt
View on Instagram |
9/9
View on Instagram